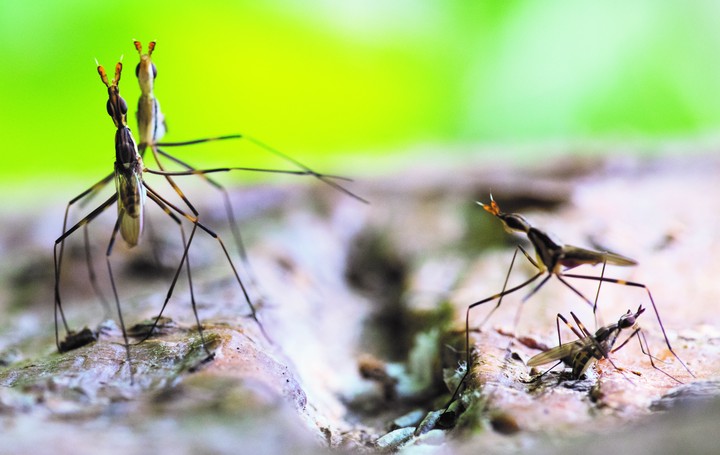 Chemical communication mediates many social interactions in insects but is still less well understood than other forms of communication. In particular, chemical signalling of social dominance is believed to play an important role in competitive interactions in both sexes, but much of the evidence is correlational. Here we manipulated social dominance and examined its effect on CHC profiles in Telostylinus angusticollis, a fly with a resource defence polygyny mating system. Focal individuals’ perception of their own dominance status was manipulated by placing them into an arena with larger or smaller competitor individuals to render them ‘subordinate’ or ‘dominant.’ We found that social dominance treatment affected males’ and females’ social status (quantified as proximity to the larval medium/oviposition dish), as well as their CHC profiles. Dominant individuals tended to have CHC profiles less similar to those of the opposite sex. Moreover, dominant females exhibited an overall elevation of all CHC expression, relative to subordinate females, whereas males that perceived themselves as subordinate exhibited a near-significant down-regulation of male-limited CHCs. Our findings suggest that T. angusticollis males and females alter their CHC profiles in response to their self-perceived social dominance status. These chemical signals could play a role in social interactions both within and between the sexes.