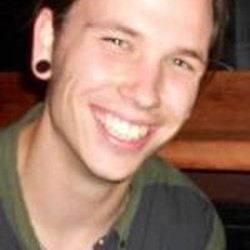 I am a recent PhD graduand from the Evolution and Ecology Research Centre at the University of New South Wales. I am interested in a wide range of topics within evolutionary biology including; chemical communication, ageing, trait integration, sex-role reversal and sexual selection amongst many others! For my PhD in the Bonduriansky lab I used the neriid fly Telostylinus angusticollis to empircally investigate numerous environmental effects on reproductive allocation.

I completed my MSc under the supervision of Professor Gregory Holwell at the University of Auckland, New Zealand. I investigated the courtship and aggressive behaviours, and allometry of an unstudied species of fly, Scordalus femoratus (Helosciomyzidae), along with the community ecology of native carrion flies in the Waitakere ranges. I have a keen interest in insects (particularly flies) but am willing to work with anything if the organism suits the question!

I am currently working on a number of projects with Professor Russell Bonduriansky and more recently, Professor John Hunt using the decorated cricket Gryllodes sigillatus. I am also a reviewing editor for the Journal of Evolutionary Biology.

Condition dependence of phenotypic integration and the evolvability of genitalic traits in a neriid fly.

Condition dependence of phenotypic integration and the evolvability of genitalic traits in a neriid fly.

The spectacular diversity of insect male genitalia, and their relative insensitivity to the environment, have long puzzled evolutionary …
Zac Wylde, Russell Bonduriansky
PDF

Effects of condition and sperm competition risk on sperm allocation and storage in neriid flies.